they must be on one

For some years the photographer's number one tool after the camera has been Photoshop. I've been using it for about 18 years. There's probably still more about it that I don't know than I do. Working in a design office, where there were graphic designers, product designers, and architects, there was something new, some little tweak or alternative route that I discovered every day. It is an amazing tool.

That amazingness leads to some unfortunate perceptions. To say that an image has been Photoshopped tends to be derogatory, but also tends to display the ignorance of whoever says it. Pretty much every professionally made image will have been through Photoshop (or perhaps Lightroom, its equally amazing but leaner, younger sibling) even if only to leave a printable file: RAW files, the basic building blocks of the photographer's workings, are not viewable or printable in themselves.

There is no doubt that as many bad things have been done with Photoshop as good things; but we don't blame Word for bad writing ("O-o-oh! It's been Worded!") so why blame Photoshop for the crap produced by bad photographers and designers?

Sadly, the industry itself is partly to blame. This morning's email produced a good example. A company called onOne Software has been buying up good software companies and turning their product to shit. I hear from them because I have used the Genuine Fractals plugin for years. When I last checked it was the best image enlargement software easily available. For no good reason, onOne have renamed it Perfect Resize; this has obviously had such a negative effect that they now have to say (formally Genuine Fractals) every time it's mentioned, a good indicator of their idiocy.

Of all the new techniques, the one which can produce the most hideous results is HDR, the trick of making an image look as if all the dark bits and all the light bits are equally well exposed, something which tends to be impossible in reality. This is what makes those vile pictures with over-blue seas and over-red mountains. Even in expert hands it's ugly, but in the mits of an amateur it's positively shocking.

onOne have a plugin dedicated to this, and their video shows how horrible it is (although they seem to think it's pretty.)

But it wasn't this which turned on the light for me today - it was the blurb for their Perfect Layers software which rang the bell that turned the switch: "...the fast, easy, and affordable way to create layered files outside of Photoshop."

Has nobody at onOne seen the VW Golf ads, "Just like a Golf"?

On closer examination, the prints at Leibowitz's show have remarkably little pixel mangling, particularly the point-and-shoot shots. Others, such as Elvis's bike, appropriately have no pixels, only detail. Water, in all forms, seems to respond well if the pixels are left alone. I've been banging away at this for some time now, so it's a relief to see that others feel the same.

This shows a 100% detail of the solo picture currently on my site, where the phenomenon of water droplets painting on the sensor with white light is well demonstrated. Perhaps some see it as a grey mess, but this is what water looks like; it's not milk, and it's not glass. Back to Sid later. 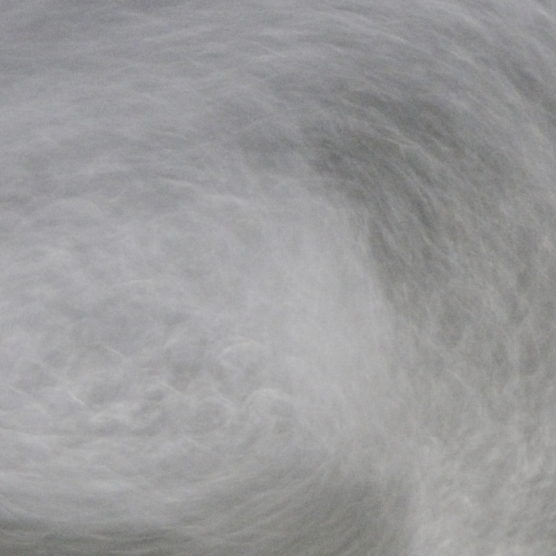 back to the pixels

I remember discovering grain. Obviously, I was no pioneer or scientist, but in my world there had been, up until then, photographs or photographs which looked a bit blurred. I started processing and printing before I was ten and had a darkroom by fourteen, so the discovery of grain must have come by the age of nine years: I've always found it difficult to start something new without understanding something of how it works, and film works with grain.

The beauty of the way in which it tended to be used was that it appeared to absorb subject and object into the same space - somehow, a grainy picture is more accessible, more transparent than one in which the grain is invisible. This worked well for hard subjects. The word most often used is gritty, but it would seem likely that this usage arose from the coincident similarity to the the word grainy.

It's hard to tell how much of this attitude is learned and how much came unbidden. There is of course a strong pragmatic reason for visible grain: the faster the film, the more pronounced the grain. Shooting difficult, fleeting subjects often means low light, and low light means high speed (or flash, but that's for another day.) It doesn't take long before the mind automatically applies the equation grainy picture = interesting subject - useless as a shooting equation, but useful for interpretation.

This is not an attitude generally applied to digital imagery. It's as if the whole arena is in the hands of photographic puritan dullards. They abhor visible pixels, hence the dismissive description, noise. But the pixel is the basic brick of the photograph, and to be embarrassed by its presence is like a painter being embarrassed by his brush strokes.

It's therefore interesting to visit Annie Leibowitz's current show, Pilgrimage, at Hamilton's Gallery. Many of the pictures were taken with a point-and-shoot. I asked the slime-ball in residence whether Leibowitz had printed them herself. "No" he sneered, "They're all printed by master-printer David Adamson." I asked whether he was primarily a wet print master or digital. "Obviously, wet originally, but they do everything now."

Wrong, slime-ball. Adamson moved directly from lithography to digital. Such a lack of interest in an important part of the process characterises much of this end of the photographic market. It's hard to tell from a first look at the prints how much noise reduction and sharpening (both of which destroy pixels) has been used, but I suspect that even the master printer is toeing the line of using "at least some sharpening and noise reduction."

I am about to go there again to examine further. Meanwhile, this is shot which I believe benefits from being shown entirely without the two pixel manglers. This is, of course a reduced version, so has some inevitable mangling. More (or less) detail later. 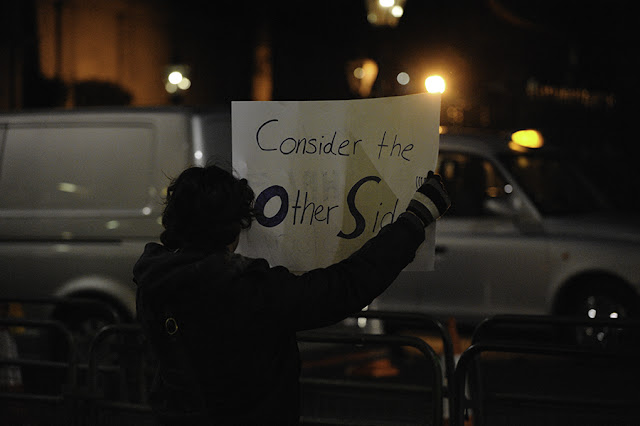