The self-portrait is an odd one. Why do we do it? There's the constantly-seeking-artist reasoning, which says that it's a good way to try out techniques without damaging a precious sitter. Then there's the the no-nonsense self-promotion angle, and, finally, pure vanity. The painting I've been back to see more times than any other is the self-portrait of Salvator Rosa in the National Gallery. 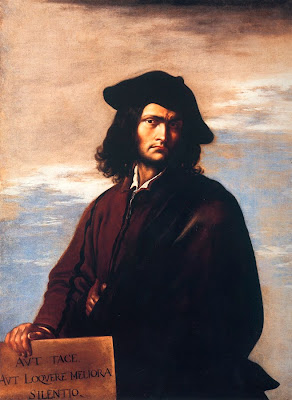 Fot those too young to have learned the Latin at school, a loose translation of the board in his hand reads "Either put up or shut up". (Literally: "Either stay silent, or say something more interesting than silence.")
Why do I find myself drawn back to it so often? Well, he certainly looks cool in that grumpy artist way. And the extraordinary resemblance to Jose Mourinho is not uninteresting. But it's the hold he has from over all those years: standing in front of the canvas, there is a real sense that he is there, in a way that rarely comes across in portraits. There are other portraits in the same room; all of them, in their own ways, are wonderful but none has that same immediacy. There is a distance, something between the viewer and the sitter.
That something is probably the artist, and that would explain the draw of the self-portrait: for once, he's not there to get in the way.
The self portrait we see most of today is an unusual one, in that it's a sculpture, or many sculptures. Anthony Gormley's pieces are all based on models of himself. Even so, they're not really self-portraits in the traditional sense. They are more akin to Hitchcock's appearances in his own films, the placing of the artist in the frame as an everyman. Gormley's frame is the whole wide world, and you can bet your bottom dollar that there will be a whole new chapter in the story of the self-portrait as a result of his work.
Here, then, is my own Gormless Self-Portrait. 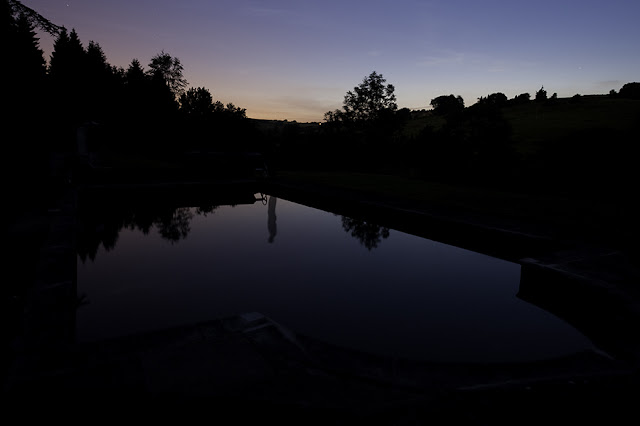